When American Dirt came out, it was an Oprah’s book club pick and became The Sunday Times and New York Times bestseller. It was optioned for a film adaptation by Clint Eastwood and was lauded by many as the ‘great immigration novel’. However since then it has received harsh criticism, particularly from many Latinx writers for what they felt was its stereotypical portrait of migrants from Mexico and Central America.  The controversy caused Jeanine Cummins to cancel her book tour and all events due to death threats and more.

There’s so much to discuss about this novel, so in addition to reading the book why not enrich your book club meeting by exploring the US/Mexico crisis further with podcasts and videos from the frontlines and discussions about the potential consequences of telling a story that is not your own. 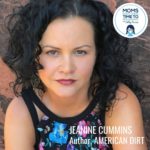 Jeanine Cummins discusses her book with the Moms Don’t Have Time To Read Books Podcast. 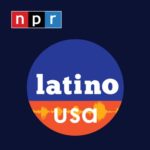 The novel American Dirt by Jeanine Cummins was released this January with much anticipation. Oprah selected it to be part of her book club, writer Don Winslow called it, “a Grapes of Wrath for our times” and celebrated Latina author Sandra Cisneros called it “the great novel of las Americas.” But its release was met with a large backlash. Many Latinx writers felt the book furthered a stereotypical view of migrants from Mexico and Central America. For this episode, Maria Hinojosa engages in dialogue with voices central to the controversy: Myriam Gurba, Sandra Cisneros, Luis Alberto Urrea and Jeanine Cummins. 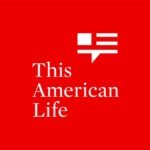 Listen to real reports from the frontlines of the Trump administration’s “Remain in Mexico” asylum policy. We hear from asylum seekers waiting across the border in Mexico, in a makeshift refugee camp, and from the officers who sent them there to wait in the first place. This episode won the 2020 Pulitzer Prize for audio reporting, the first ever given for audio journalism. 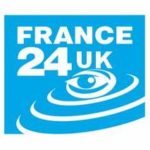 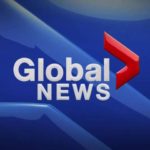 The U.S.-Mexico migrant crisis. What is really happening at the border?

The humanitarian crisis along America’s southern border is a reality, but it is not so much due to the volume of migrants, but rather the demographic shift in the people U.S. border agents are intercepting. Since 2000, the number of migrants attempting to cross into the U.S. as dropped drastically. So what is leading to the current crisis? 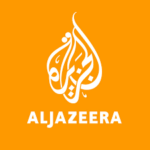 What’s so controversial about ‘American Dirt’?

The newly published novel – written by an author who is neither Mexican nor a migrant – is now at the centre of a debate over who gets to tell the stories of historically marginalised people and the issues that can result from a lack of diversity in a white-dominated US publishing industry. Cummins says the intent of the book was to humanise the US conversation around immigration. But, critics online say the book is rife with Mexican stereotypes and cultural misrepresentations. This episode discusses reactions to the book and what the publishing industry should do to highlight the stories of underrepresented communities. Why Is Everyone Arguing About the Novel American Dirt?

A good summary of the controversy. By Rebecca Alter for Vulture.com

Great questions for your book club, covering all the key plot points as well as the public outcry surrounding this novel. From bookclubchat.com

Tara Westover grew up preparing for the End of Days in rural Idaho with radical survivalist Mormon parents. She didn’t get a birth certificate until she was nine and had no medical records because her father did not believe in doctors. She and her six older siblings worked in her father’s junkyard. As she grew older, her father’s beliefs became more extreme and one of her brothers grew violent.

At 17, she decided to educate herself as a means of escape. Within 10 years she had earned a PhD in intellectual history and political thought from Cambridge but was estranged from her parents and half of her siblings. Now 31 and still living in Cambridge, Educated is her first novel and is about the transformative power of education and the price she had to pay for it.