Tara Westover grew up preparing for the End of Days in rural Idaho with radical survivalist Mormon parents. She didn’t get a birth certificate until she was nine and had no medical records because her father did not believe in doctors. She and her six older siblings worked in her father’s junkyard. As she grew older, her father’s beliefs became more extreme and one of her brothers grew violent.

At 17, she decided to educate herself as a means of escape. Within 10 years she had earned a PhD in intellectual history and political thought from Cambridge but was estranged from her parents and half of her siblings. Now 31 and still living in Cambridge, Educated is her first novel and is about the transformative power of education and the price she had to pay for it. 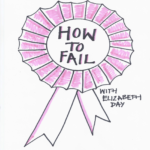 Elizabeth Day talks to Tara Westover about what it’s like to love your family but to be estranged from them, and how the two ideas can co-exist. They also discuss how on earth someone teaches themselves algebra and what it was like to refuse any pain medication despite having a dental abscess. Her failures include flunking tests, finding it difficult to make friends, her failure to believe in her family’s religion even though she wanted to and her failure to make her relationship with her parents work. 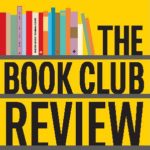 The Book Club Review of Educated

Kate and Laura sit down to chat about the books read most recently by their book clubs. What did they make of them? Did they spark debate? And whether they loved them or loathed them, they always try to answer the big question: were they great book club books? This memoir made Barack Obama’s summer reading list but what did Kate and Laura think about it? Moving? Credible? Plenty to discuss?  Listen and find out. 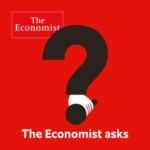 Anne McElvoy for The Economist discusses Mormons, Harry Potter and the future of education with Tara. 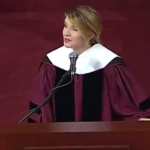 Discover more about the person behind the book as she talks – and sings – through this remarkable Commencement speech.  She reminds us of the selves that we don’t post on social media. 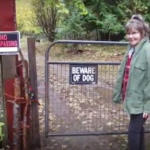 A tour of an off-grid cabin in Bonner County, Idaho

Tara’s upbringing may appear extreme but her family were by no means exceptional.  The American Redoubt movement aims to create a safe haven where like-minded Americans, many of whom refer to themselves as “preppers,” can live off the land, be more self-sufficient and wait out the calamities to come. This video looks at one couple’s off-grid lifestyle in the American Redoubt. A Psychologist’s Take on Educated

Goali Saedi Bocci in Psychology Today explores the memoir from a psychological view point, as a story that encourages profound reflection in each of us as to how we become who we are once we step outside the shadows of family.

Read Tyler Westover’s review of his sister’s book.  He gives it 5 stars but emphasises that, as with many siblings, ‘we have different memories and different perceptions of the same events’.

Great questions for your Book Club to use to further discussions and debate about the book. From bookclubchat.com

This is Britain as you’ve never read it. This is Britain as it has never been told. From Newcastle to Cornwall, from the birth of the twentieth century to the teens of the twenty-first, Girl, Woman, Other follows a cast of twelve characters on their personal journeys through this country and the last hundred years. They’re each looking for something – a shared past, an unexpected future, a place to call home, somewhere to fit in, a lover, a missed mother, a lost father, even just a touch of hope . . .

Winner of the Booker Prize 2019

‘Beautifully interwoven stories of identity, race, womanhood, and the realities of modern Britain’

Midnight Express is the true story of Billy Hayes, an American college student who was caught smuggling drugs out of Turkey in 1970 and thrown into prison. First released as a book in 1977, it quickly became a worldwide best-seller. The story was made into a movie in 1978, directed by Alan Parker, produced by David Puttnam and written by Oliver Stone. It went on to win two Oscars in 1979 for Best Screenplay and Best Original Score.

In more recent times, Billy has travelled round the world with a one man show Riding the Midnight Express, which premiered at the Edinburgh Fringe Festival in 2013. He has written two sequels to his original book both published in 2013: Midnight Return (Escaping Midnight Express) and The Midnight Express Letters – from a Turkish Prison, 1970 – 1975, a collection of letters written to his friends and family from prison. In the same year, the story was made in to a ballet, which was the subject of much speculation when the lead dancer, Sergei Polunin, left the show one week before opening. In 2016, the story was the subject of a documentary, Midnight Return: The Story of Billy Hayes and Turkey.