Midnight Express is the true story of Billy Hayes, an American college student who was caught smuggling drugs out of Turkey in 1970 and thrown into prison. First released as a book in 1977, it quickly became a worldwide best-seller. The story was made into a movie in 1978, directed by Alan Parker, produced by David Puttnam and written by Oliver Stone. It went on to win two Oscars in 1979 for Best Screenplay and Best Original Score.

In more recent times, Billy has travelled round the world with a one man show Riding the Midnight Express, which premiered at the Edinburgh Fringe Festival in 2013. He has written two sequels to his original book both published in 2013: Midnight Return (Escaping Midnight Express) and The Midnight Express Letters – from a Turkish Prison, 1970 – 1975, a collection of letters written to his friends and family from prison. In the same year, the story was made in to a ballet, which was the subject of much speculation when the lead dancer, Sergei Polunin, left the show one week before opening. In 2016, the story was the subject of a documentary, Midnight Return: The Story of Billy Hayes and Turkey. 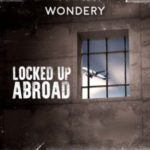 In his own words, Billy Hayes tells the story of his 1970 arrest and imprisonment for possession of hashish at the Turkish Airport. Most of us know about his harrowing experience and amazing escape to safety in Greece from the 1978 Oliver Stone film, starring Brad Davis. But, as we hear from Billy himself, that was the movie version. Now, we hear the real story.

Listen to Locked Up Abroad host Jim Clemente’s fascinating conversation with Billy Hayes, bringing you a more in depth look into his experience in Turkey and his escape from prison. We also hear about what Billy has been doing since his return and insights into his life then and now. 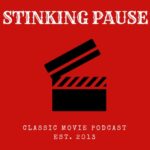 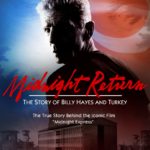 Documentary Midnight Return: The Story of Billy Hayes and Turkey. From the moment it stunned the world at the Cannes Film Festival in 1978, ‘Midnight Express’ cemented its place in film history as an artistic and financial success, before becoming an indelible part of pop culture. But its lasting impact has been on Turkish people worldwide, who still condemn the film as racist and blame Billy Hayes for defaming them and their country. Despite warnings from family and friends, Billy returns to Turkey and faces a nation still haunted by the film and his own demons. 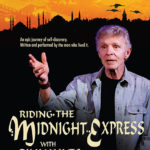 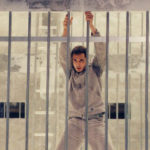 Midnight Express (1978), produced by David Puttnam, won two Oscars and very quickly assumed cult status. What the filmmakers hadn’t anticipated was just how deeply they had offended the Turkish people or the disastrous consequences their film had on the country‘s tourism industry. By Geoffrey Macnab for The Independent.

With the Turkish authorities less than thrilled by the (supposedly exaggerated) portrayal of their penal system, the real location of the story, ‘Sagmalcilar Prison’ in Istanbul, was obviously out of the question. The movie was shot on the island of Malta. This article set out the details of the filming locations. From MovieLocations.com

Sagmalcilar Prison is now a luxury Four Seasons Hotel in Istanbul. This articles shows pictures of the original structure and the new hotel. From ToutIstanbul.com.

A Lesson in Filmmaking History

The making of Midnight Express is available in a three-part video. This article provides a comprehensive summary and links to the three videos. By Natalie Sejean.

A personal memoir by the director Alan Parker, written to accompany the 25th Anniversary Edition of the DVD.

Review of the Midnight Express ballet. By Judith Mackrell for The Guardian.

Riding the Midnight Express: a one man show where Billy recounts the true story of his time in Turkish prisons and his brazen, harrowing escape.

Listed by Film Critic Mark Kermode in ‘The Soundtrack to My Life’, as one of his favourite electronic soundtrack albums.

The Midnight Express Letters is a collection of letters that Billy Hayes wrote to his friends and family during his time in prison.

Australian country music singer Shane Nicholson recorded an album and title track, Bad Machines, which was inspired by the book.

Video of Shane Nicholson – Bad Machines. Taken from his solo album of the same name.

This is Britain as you’ve never read it. This is Britain as it has never been told. From Newcastle to Cornwall, from the birth of the twentieth century to the teens of the twenty-first, Girl, Woman, Other follows a cast of twelve characters on their personal journeys through this country and the last hundred years. They’re each looking for something – a shared past, an unexpected future, a place to call home, somewhere to fit in, a lover, a missed mother, a lost father, even just a touch of hope . . .

Winner of the Booker Prize 2019

‘Beautifully interwoven stories of identity, race, womanhood, and the realities of modern Britain’