Set in the deep American South between the wars, The Color Purple is the classic tale of Celie, a young black girl born into poverty and segregation. Raped repeatedly by the man she calls ‘father’, she has two children taken away from her, is separated from her beloved sister Nettie and is trapped into an ugly marriage. But then she meets the glamorous Shug Avery, singer and magic-maker – a woman who has taken charge of her own destiny. Gradually Celie discovers the power and joy of her own spirit, freeing her from her past and reuniting her with those she loves.

Published in 1982, The Color Purple went on to win both the 1983 Pulitzer Prize for Fiction and the National Book Award for Fiction. In 1985, the book was adapted into a film directed by Steven Spielberg and starring Whoopi Goldberg, Danny Glover and Oprah Winfrey, and in 2005 it was adapted into a Broadway musical. 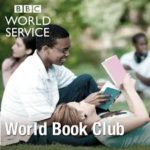 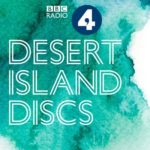 Kirsty Young’s castaway this week is the Pulitzer Prize winning writer Alice Walker. Author, poet, feminist and activist, it was her novel The Color Purple that brought her worldwide attention and acclaim. The story of a poor black girl surviving in the deep American south, between the wars, it is a landmark work, disturbing and exhilarating in equal measure. 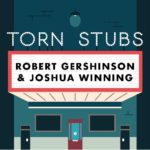 Movie review: Robert and Joshua from the Torn Stubs podcast head to the deep south to discuss The Color Purple directed by Steven Spielberg. 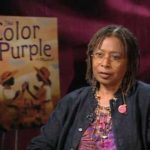 Alice Walker on Her Classic Novel, Speilberg’s Film, and the Broadway Adaptation

Alice Walker discusses the birth of her Pulitzer Prize-winning novel, Steven Spielberg’s big-screen version, and her thoughts on the musical adaptation. 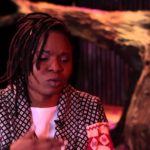 Journalist, Anna Clark, recalls her original 1983 review of The Color Purple that still features on the National Book Award website.

A review of the cultural impact of The Color Purple, by Victoria Bond for The New Republic.

Details and photos of The Color Purple movie filming locations from themoviedistrict.com

Book notes on The Color Purple

Free study guide on The Color Purple from bookrags.com

A short analysis of the symbolism of the use of purple in the novel.

Website for the musical version of The Color Purple including video clips and songs.