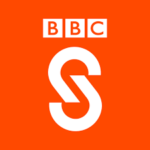 What does North Korea’s leader want? And, what do we really know about who runs the country? As the international community ramps up sanctions in response to Pyongyang’s latest nuclear test, will anything change? Join Owen Bennett Jones and his panel of experts – including a young North Korean defector – as they take an in-depth look at one of the world’s most secretive political systems. From the BBC World Service. 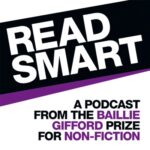 In this episode of The Read Smart podcast, host Razia Iqbal is joined by sports journalist Alyson Rudd and novelist Boris Starling, delving into the topic of sports writing and what truly makes a good sports book. Alyson and Boris speak on their own experiences with researching and commentating sport, as well as the complex nature of ghostwriting. The podcast closes on the subject of which sports are the most exciting to read about and which particular sports novels the two guests will never forget. 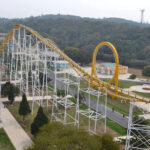 Forgotten And Forlorn Parks: Mangyongdae Funfair is a small park located in Pyongyang, North Korea and is the most prominent park in North Korea. It is one of the most inaccessible and least visited parks in the world. Includes fascinating video footage of the park’s crumbling rollercoasters from Coaster Voyager. 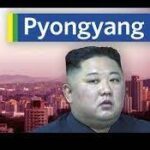 How did the Kim dynasty design Pyongyang? A whistle stop tour of the history and design of the secretive city that is the setting for Law of The Heart. Full of video clips and fascinating images. 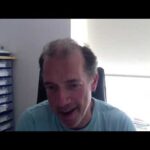 Boris is an award-winning novelist and screenwriter best known for writing the brilliant thriller Messiah. Boris chats to Grapevine about getting to know Frankie Dettori during the time spent with him writing Frankie’s, soon to be launched autobiography called Leap of Faith. 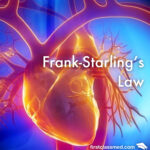 The Frank-Starling Law of the Heart

BlogTour Review 1: The Law of the Heart

Review from the BlogTour of The Law of the Heart by Cheryl M-M.

BlogTour Review 2: The Law of the Heart

Book Review: The Law of the Heart

A review of The Law of the Heart by Books of JJ.

A biography of Boris Starling from Mushens Entertainment, the literary agency that represents the him.

Wikipedia page for Ernest Starling, Boris Starling’s great grandfather and his theory ‘The Law of the Heart’.

Why male authors are being written out of fiction

As a female writer sparks a storm by saying too many novels are penned by women, best-selling writer Boris Starling examines the changing literary landscape.

One Of Us Is Lying

Breakfast Club with a twist

An award-winning young adult, mystery/suspense novel by author Karen M. McManus. One of Us Is Lying is the story of what happens when five students, with contrasting personalities walk into detention and only four walk out alive. Bronwyn the brain. Addy the beauty. Nate the criminal. Cooper the athlete and Simon the outcast. The victim, known for exposing everyone’s darkest secrets through a gossip app, has plenty of enemies, but who has the biggest motive? Everyone is a suspect, and everyone has something to hide and one of them is definitely lying. Pay close attention and you might solve this. Everyone has secrets, right? What really matters is how far you would go to protect them.

Lying is an inherent part of being human and we all do it, take a deeper look in our Why We Lie Pod View

From The New York Times-bestselling author of The Mothers, a stunning new novel about twin sisters, inseparable as children, who ultimately choose to live in two very different worlds, one black and one white. Weaving together multiple strands and generations of this family, Brit Bennett produces a riveting, emotional family story and a brilliant exploration of the American history of passing. Looking well beyond issues of race, The Vanishing Half considers the lasting influence of the past, as it shapes decisions, desires and expectations, and explores the multiple reasons why people sometimes feel pulled to live as something other than their origins.

Recursion is a New York Times Bestseller by Blake Crouch, author of Dark Matter and the Wayward Pines triology. Described as mind-bending, action-packed and deeply emotional, Recursion is science fiction thriller set in New York, exploring love, grief and the nature of memories.

When Barry Sutton fails to stop the suicide of a women suffering with False Memory Syndrome, a mysterious affliction that drives its victims mad with memories of a life they never lived, his search for the truth is more terrifying than any disease. Neuroscientist Helena Smith, whose mother has Alzheimer’s disease, has dedicated her life to creating a technology that will preserve our most precious memories forever. As their stories collide, Barry and Helena are trapped together in a loop of ever-growing chaos.