Colson Whitehead On ‘The Nickel Boys’

NPR’s Scott Simon talks to acclaimed novelist Colson Whitehead about his new novel, The Nickel Boys, which is based on the horrors of a real juvenile reformatory academy. 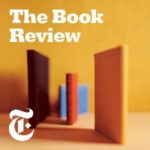 The Pulitzer Prize winner discusses his new novel with The New York Times Book Review. First 20 mins of the podcast. 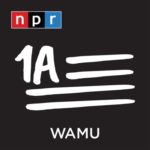 Colson Whitehead Exhumes The Past In ‘The Nickel Boys’

Harrowing accounts from three Jacksonville men who remember the abuse they suffered at the Florida Industrial School for Boys and the bitter lives they led afterward.

What were the Jim Crow Laws? Colson Whitehead Talks Hope, Despair, and Fighting the Power in The Nickel Boys

What was the Jim Crow System ?

Evidence of an additional 27 ‘possible’ graves discovered at the site of Dozier School for Boys confirms that the final chapters of a dark episode have yet to be written. By Richard Luscombe for The Guardian.

Summary, themes and suggested book club questions for The Nickel Boys From Bookriot.com

The website for the Official White House Boys Organisation.

Where the Crawdads Sing is an exquisite ode to the natural world, a heart-breaking coming-of-age story, and a surprising murder mystery all in one. Delia Owens reminds us that we are forever shaped by the children we once were, and that we are all subject to the beautiful and violent secrets that nature keeps.

With themes of abandonment, loneliness, resilience and the power of nature, there’s plenty to discuss about this book. Find out more about the author, her story and the landscape of the marches in the resources below.

My Dark Vanessa is the harrowing tale of fifteen year old Vanessa Wye’s relationship with her forty five year old English teacher, Jacob Strane and the lasting impact it has on her life.  Kate Elizabeth Russell resists the insistence on black and white in sexual dealings – instead inhabiting the mind of a vulnerable teenager, offering insight into how black might feel like white, how abuse may be taken for romance – and how this lie could be desperately clung onto into adulthood.  My Dark Vanessa reveals a slow journey towards a different understanding

Although this book seems very current, with its themes of manipulation by an older man, Kate Elizabeth Russell actually took 18 years to write this novel that has been labelled Lolita for the #MeToo society.  Like American Dirt, this novel too has courted controversy: a seven figure advance, allegations of plagiarism that got it dropped from Oprah’s book club,  and questions about whether the novel was based on Russell’s own experience and the implication that she needed to prove her credentials for writing about sexual trauma.  It is somewhat ironic that in writing a book about a woman who doesn’t want to come forward about abuse, she is then forced to reveal her own trauma. As she says on her website, “my greatest wish is that My Dark Vanessa will spark conversation about the complexity of coercion, trauma, and victimhood, because while these stories can feel all too familiar, victims are not a monolith and there is no universal experience of sexual violence”.  See her website (link in Xtra) for the complete piece.

Stephen King described it as ‘A hard story to read and an even harder one to put down … a package of dynamite’.  See what you think.